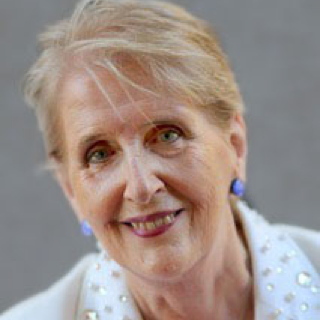 Has stopped wetting the Bed Comments from Father: “I love that she (mother) goes in each night to give my children positive messages.  I can see improvements within the family dynamic.  My children stopped wetting the bed, and my daughter wakes very happily and will re-settle in the night in her own bed if she […]

Addressing Childhood Fears Fear of Dogs Mum called feeling very distressed about her daughter, E who had been suffering a real phobia of dogs and also with high levels of social anxiety and separation issues. The teachers at ‘E’s’ primary school had also noted that E had been seen quite often on her own in […]

Improving Behaviour I have been using the foundation of The Goulding Method – SleepTalk®  with my six year old son for four months now and we have seen fantastic results with his mood and behaviour. He is much happier, calmer and more in control of his emotions. We have just received his latest school report […]

Asthma attacks Diminishing   ‘L’ is an amazing boy, however his asthma attacks were like monthly and some of them quiet severe ending up in the hospital. All the medication that where used for the attacks made him agitated and sometime the tantrums were huge.   “The Goulding Method – SleepTalk® ” was started in […]

Real Turn Around with Temper Tantrums The Goulding Method – SleepTalk®  has been given me amazing responses and I keep on helping mothers around the globe!   The change in ‘L’ has been seen in his behavior 360 degree and not only, the health related issues has been improved a lot and I can tell […]

Feels happy & Normal OMG… myself and my partner really thought our world was crumbling all around us with our daughter ‘A’ ( aged 10) . She has severe separation anxiety so bad that she would not even go into the toilet to brush her teeth unless her mum was right next to her, she […]

Autism   Did another Phase 2 Assessment with a mum today – her son is 10yrs old turning 11 later this year so he’s not young per say and has a diagnosis of High Functioning Autism. And the change in him with the Foundation Statement has been phenomenal; I actually had a lump in my […]

Much Brighter in the mornings My First Case study mum has said that her daughter has stopped biting her fingers and nails and she had to actually clip them a few days ago, she is now much brighter in the mornings, is much more loving to all her family and especially to her sister. She […]

Improvements with Speech and Affection Working with one case and the family are sooooo pleased. Their little boy had gone to sleep and after they said their words he vocalized “thank you” and went back to a deep sleep state. They were so happy since he has dyspraxia! He can say a few words now […]